On November 6, Professor Sally Shuttleworth’s two research projects, ‘Diseases of Modern Life: Nineteenth-Century Perspectives’ and ‘Constructing Scientific Communities: Citizen Science in the 19th and 21st Centuries’ were launched at St Anne’s College. Researchers from both projects gave short presentations to a packed audience including St Anne’s Fellows and students and representatives from universities, museums and scientific institutions across the UK.

The evening began with a welcome and introduction by the Principal of St Anne’s College, Tim Gardam, and Professor Shuttleworth began the presentations by introducing the Diseases of Modern Life project. Researchers Drs Amelia Bonea, Jennifer Wallis and Melissa Dickson each gave a short talk on nineteenth-century concerns about the pace of modern life. Details of these presentations are on the Diseases of Modern Life website news pages.

Professor Shuttleworth then introduced Constructing Scientific Communities, a joint project with the University of Leicester, and our project partners from the Natural History Museum in London, the Royal Society and the Royal College of Surgeons were also at the event. A brief presentation followed from Professor Gowan Dawson, co-investigator on the project, who discussed how parallel information revolutions in the nineteenth and twenty-first centuries make them important points of comparison.

Postdoctoral researchers Drs Sally Frampton, Geoff Belknap and Berris Charnley then gave presentations on the interactions of amateur and professional science in the nineteenth century. Dr Frampton focused on the area of medicine, and showed how periodicals in fields such as microscopy, first-aid and homoeopathy facilitated these interactions. Dr Belknap spoke about his research on the use of illustrations in natural history periodicals. Dr Charnley then discussed his work on publishing, the various other modes of exchange between communities interested in science and how the shift from generalist to more specialist journals is bound up with the role of the professional scientist who were keen to define themselves as a distinct group, in opposition to amateur scientists.

Professor Chris Lintott, also a co-investigator on the project, then brought us into the twenty-first century with a presentation on the work of Zooniverse, discussing what motivates its 1.3 million participants to become citizen scientists and who make valuable contributions to a wide range of projects on the Zooniverse platform.

We would like to thank all those who attended the event and made it such an enjoyable evening. 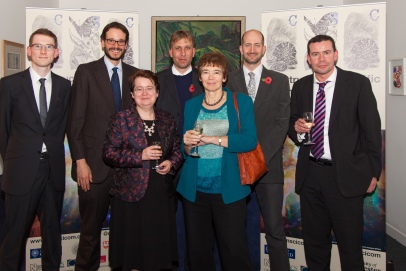 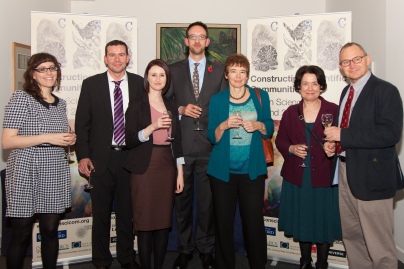